Adelaide is known for many things such as housing affordability, the o-bahn busway, the wine regions throughout Adelaide countryside, being known as The Festival State due to the level of festivities that are always ongoing throughout the year and not to mention is known as the 20 minute city as any major point in the city has the ability to be reached within 20 minutes due to the superior transportation and city planning infrastructure in place. Another thing it is recognised for is being calm, relaxed and all round easy going giving it that feeling of a large town rather than a city compared to the likes of Melbourne and Sydney.

Adelaide’s population from 2011 to 2016 has grown from 1.198 million to 1.34 million people. The local council areas which had the highest population were Onkaparinga, City Of Salisbury and Port Adelaide Enfield. 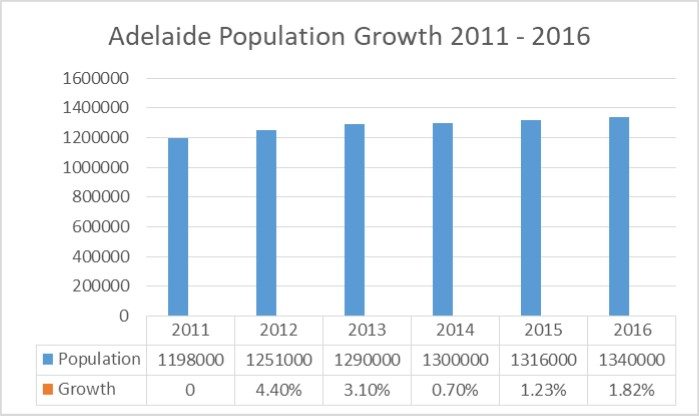 In 2017 was the second Most Beautiful Cleanest City in The World along with the fifth most liveable city yet again in 2017 which has ranked fifth for the fifth year in a row now. Apart from electricity prices being costly the overall cost of living and home ownership is much more desirable and affordable.

Adelaide city is situated on the east of the Gulf St. Vincent and is a short distance away from sandy shores. West Beach, Henley Beach, Glenelg Beach and Semaphore Beach are all close by and some of the most desirable metropolitan beaches in Australia.

If you would like any information such as suburb reports for any of the suburbs mentioned or any specific property reports please don’t hesitate to get in touch with your mortgage broker Gerry today to find out more.